In 1898 the German emperor Wilhelm II (1859-1941) and his wife Augusta Viktoria made a triumphal entry into Jerusalem as multitudes gathered at Jaffa Gate to welcome the Prussian King and German monarch. The visitor left his mark on Jerusalem. He inaugurated the German Lutheran Church of the Redeemer and amongst other things donated a large sum of money for the construction of the Bikur Holim Hospital. 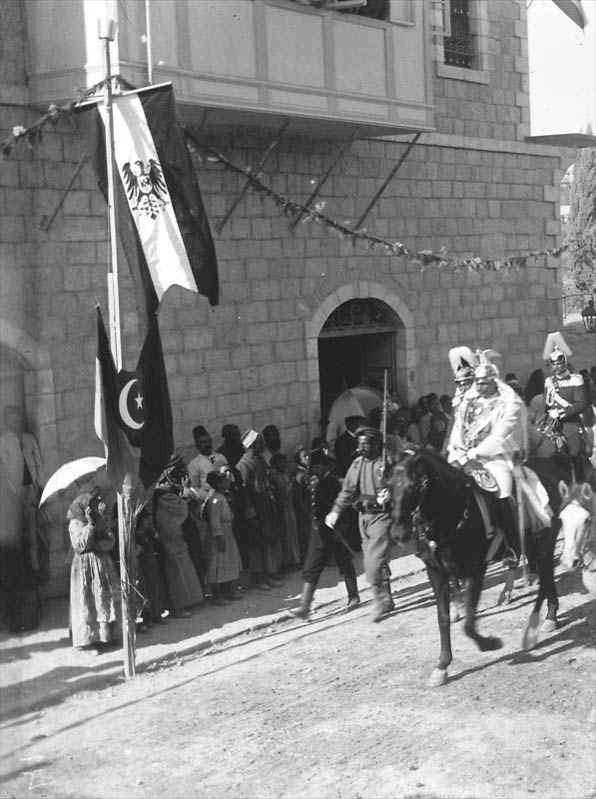 During the royal visit to Jerusalem, Wilhelm also laid the cornerstone for the later construction of Augusta Victoria (named after his wife), a complex on Mt. Scopus that would later become a church, hospice and hospital. Until the late 1920s Augusta Victoria also served as the residence of the British High Commissioner for Palestine until he moved to Armon HaNatziv.

The Jerusalem Cross (“Jerusalem-Erinnerungskreuz 1898”) was awarded to members of Kaiser Wilhelm II’s entourage that accompanied him on his visit to Jerusalem in 1898. This included staff officers, his personal bodyguard (“Leibgendarmerie”) and other attendants.
The medal consisted of a Jerusalem Cross (made up of four smaller crosses around a larger central one) in red enamel edged in gold hung on a red ribbon. 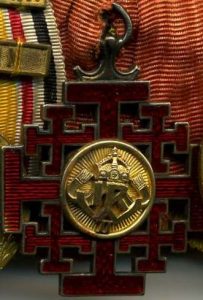 A particular purpose of the travel to Palestine was the inauguration of the Lutheran Church of the Redeemer in Jerusalem. Built on land given to King William I of Prussia (after 1870 Kaiser Wilhelm I) in 1869 by Sultan Abdülaziz of the Ottoman Empire, the church was constructed from 1892-1898. For the dedication of the church, the Kaiser Wilhelm II entered the city on horse back through to specially made ceremonial arches, one a gift of the Ottoman Empire and one a gift from the local Jewish community. The church 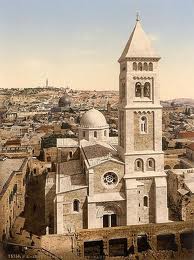 Church of the Redeemer

was dedicated on 31 October, Reformation Day, 1898. At the dedication, Wilhelm said: “From Jerusalem came the light in splendor from which the German nation became great and glorious; and what the Germanic peoples have become, they became under the banner of the cross, the emblem of self-sacrificing charity.”

Several commemorative medals were issued. Here we present some of them. 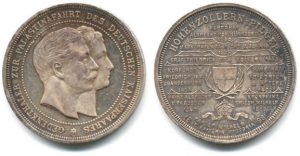 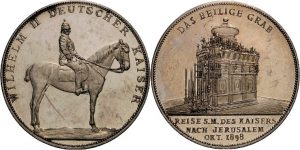 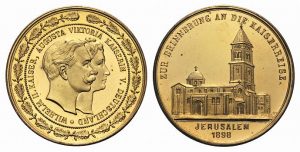 Cross of the Mount of Olives

Cross of the Mount of Olives From Wikipedia, the free encyclopedia The Cross of the Mount of Olives (German: “Ölberg-Kreuz”) was founded on the 24th. of December 1909 by the Prussian Prince Eitel Friedrich of Prussia as a decoration to commemorate the foundation of a hospital, the “Kaiserin Auguste Victoria-Stiftung” (Augusta Victoria Hospital) on the biblical Mount of Olives in Jerusalem. His very religious mother Augusta Victoria of Schleswig-Holstein was fond of charitative works and built several churches. Emperor Wilhelm II of Germany and his wife Auguste Victoria had visited Jerusalem in 1898. They had pledged to build a hospital for christian pilgrims 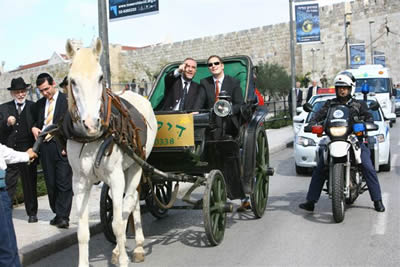 suffering from malaria. On the 27th of January 1907 the entire imperial family, parents and seven children, signed the charter of the “Ölbergstiftung”. The foundation stone was placed in that same year.

The Cross of the Mount of Olives was awarded to gentleman and ladies that contributed to the foundation. A formidable sum of 2.5 million mark was pledged by the German population. The hospital opened its doors in 1910.